What Not to Put in the Garbage Disposal 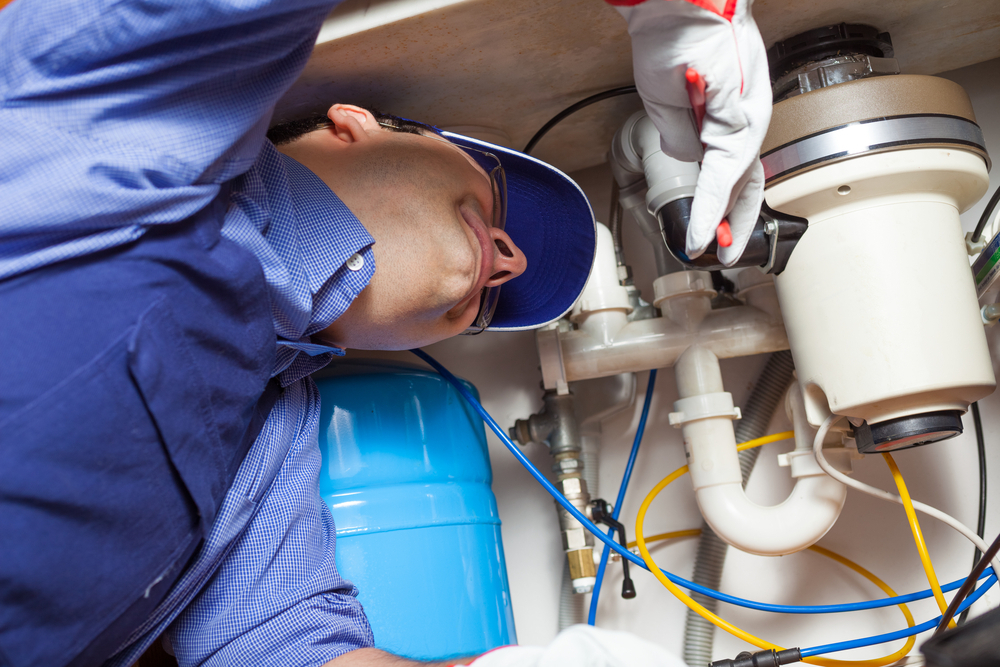 Though it seems like a humble and unassuming appliance, the garbage disposal has been a time-saver for renters and homeowners in Snohomish County and King County for years. It makes food waste disposal easy and sanitary, and it also keeps a lot of trash out of landfills.

Due to their solid and simple construction, garbage disposals are meant to last for years—but they can still have problems no matter how well they’re maintained. Here, tenants and homeowners will learn what not to put in the garbage disposal.

This is a common mistake among the area’s do-it-yourselfers. Oil and latex paints should not be poured into household and commercial drains. Paint may cling to the sides of pipes and the disposal itself, curing, hardening, and creating a clog that’s nearly impossible to remove even with garbage disposal repair. While it’s safe to dispose of a small amount of diluted paint, brushes and rollers should be cleaned carefully and larger quantities of paint should be discarded properly.

It’s a common home remedy for foul-smelling drains but pouring coffee grounds into the garbage disposal will cause more problems than it can ever solve. Though it may provide a short-term reduction in odor, it has long-term effects. When coffee grounds get wet, they turn into a thick, dense paste, which is something you don’t want to go down the drain or in the disposal.

Shucking corn makes for a lot of waste, most of which should go into the trash or compost bin instead of the garbage disposal. Corn’s fine silk and thick, fibrous husks are quite damaging to these appliances. Whether you’re growing corn in Snohomish County or buying it in a Kings County grocery store, husk it into a bag and dispose of it properly.

Anyone who has ever cooked macaroni or spaghetti knows that dry pasta expands when it’s moistened. With that fact in mind, it’s easy to see why putting it down the garbage disposal isn’t a good idea. A few scraps here and there won’t cause any ill effects, but substantial amounts should be composted or disposed of in the trash. When using the disposal to get rid of pasta, run cold water for a few seconds afterward to ensure that everything is flushed out of the pipe and into the main sewer line.

Although garbage disposals do a great job of eliminating food waste, that doesn’t mean they can be used like a bench grinder. They’re just not made to handle hard items like bones. There’s no need to panic if the occasional fish bone gets in there, but don’t try to grind up anything bigger.

Like pasta, oats will expand when they’re wet. Uncooked oats are particularly risky, as they typically slip through the first part of the system only to create a clog further down the line. Avoid the hassle and expense of an oatmeal-related plumbing clog by putting leftover oats into the trash.

Most garbage disposals can safely handle diced, chunky, or chopped onions. The papery skin and inner membrane, however, can create real problems. These layers are so thin that they can be washed down the drain unnoticed, but they can get caught in the line and trap other debris. Minimize the issue by putting onion skins and membranes in the trash.

If you’re ever tempted to dispose of nuts in this manner, think twice. Peanut butter is made in a grinder—and that’s just what a garbage disposal is. Keep that thick and sticky paste out of your sewer lines and reduce the need for repairs by limiting the number of nuts that find their way in.

While many have heard that eggshells sharpen a disposal’s blades, that’s not the case. Garbage disposals don’t use blades like those found in a blender; instead, they use impellers to push waste against a grinding ring. Because disposals have no blades, eggshells won’t work in this way. The thin membranes under the shells, however, may get caught in the impeller and wear away at the motor. Avoid the expense and hassle of garbage disposal repair by putting eggshells in the compost bin or the trash can.

Count on the Pros for Fast, Reliable Garbage Disposal Repair

While garbage disposals do much to make our lives easier, they can create big problems when the wrong things are dumped in. If, for any reason, your disposal stops working, we’re here to help. Visit Steve’s Plumbing LLC online or call today to schedule an appointment.